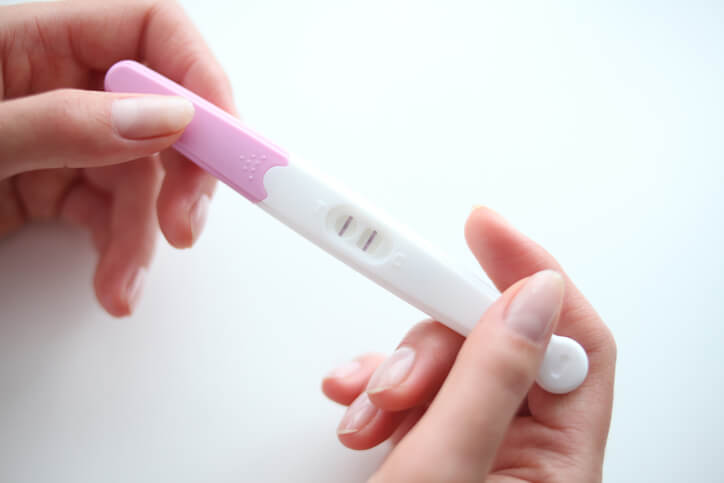 April Fool’s Day — a day of harmless hijinks and misadventures that some of us love, some of us hate. But, not all April Fool’s Day pranks are harmless. Today, we’re focusing on a growing trend of fake “announcements” that are the opposite of fun — and can instead be reminders of real sadness and grief for many people.

We’re talking about those fake social media pregnancy announcements. You know the ones: Someone posting a fake sonogram photo they’ve found online, captioning it with some lengthy pregnancy news — only to follow it up with a “clever” comment about it being April’s Fools and, psych, the pregnancy isn’t actually real.

We want to ask: Who thought this was a good idea?

And who can we get to shut this trend down for every April Fool’s Day in the future?

First off, we’ll start with the obvious: Fake April Fool’s pregnancy announcements aren’t new. They’re not original and likely won’t garner more than an eye roll from your social media friends. Why not go for something more tried-and-true, like the classic saran-wrap-on-the-toilet-seat trick?

That said, there’s been a growing backlash against joke pregnancy announcements for years, especially in the age of social media. The fact is that, for many people, pregnancy is a private and sacred thing, and it doesn’t always recall positive thoughts and celebrations. It’s certainly not a joke.

Today, about 1 in 8 American couples struggle with infertility. That means the odds are that 1 in 8 of your Facebook friends has, had or will have trouble conceiving when they want to have a child. There are also plenty of would-be parents out there who have suffered miscarriage or infant loss, whether they coped with their grief publicly or privately.

Whether or not they share their infertility struggles with their loved ones (which is completely their right), infertility and pregnancy is likely a sensitive topic for them at some point in their lives.

So, when they see your joke pregnancy announcement, they don’t see “funny.” They see a disregard for what it actually takes for many Americans to get pregnant today — the countless negative pregnancy tests, the in vitro fertilization hormone shots and gamete harvesting, the loss of pregnancies in their early stages, and even the acceptance that a biological pregnancy is not in the cards for their family. To them, pregnancy is not a joke; it’s a long-sought-after wish that may or may not eventually be granted.

So, what some may intend as funny and playful is actually offensive and distasteful. Some will argue that you can’t control what other people feel about your announcements (real or not) — but why not at least try to make the world a kinder place by avoiding this sensitive topic?

There are a lot of emotions involved in infertility and pregnancy. If you have never had this experience before, it’s easy for the potential psychological harm of this kind of April Fool’s joke to never even cross your mind. For many people struggling with infertility, seeing authentic pregnancy announcements is hard enough — but fake pregnancy announcements are like a gut punch.

As one woman trying to conceive told ABC News, “Try and put yourself in my shoes…. You wouldn’t make a joke about losing your child or your child getting injured. It feels the same way. People don’t realize that.”

That’s not even taking into consideration another subset of people: biological parents who aren’t raising their own children. For birth mothers and birth fathers, pregnancy announcements can remind them of the time they learned of their own unplanned pregnancies — and the emotions they went through in eventually choosing adoption for their children. They certainly might have wished that their pregnancy was a “joke” at one point — another April Fool’s Day prank to scroll past — but their pregnancy and the path they took is likely something that impacts them every single day, both positively and negatively.

Here at American Surrogacy, we know the complicated emotions that many of our clients (both intended parents and gestational carriers) associate with the pregnancy process. We empathize with those emotions, and our specialists are always here to provide emotional support and counseling throughout your family-building journey.

So, this April Fool’s Day, take our message to heart. Share this blog post on your social media to let people know that it’s not okay to use pregnancy as the butt of a joke, even today.