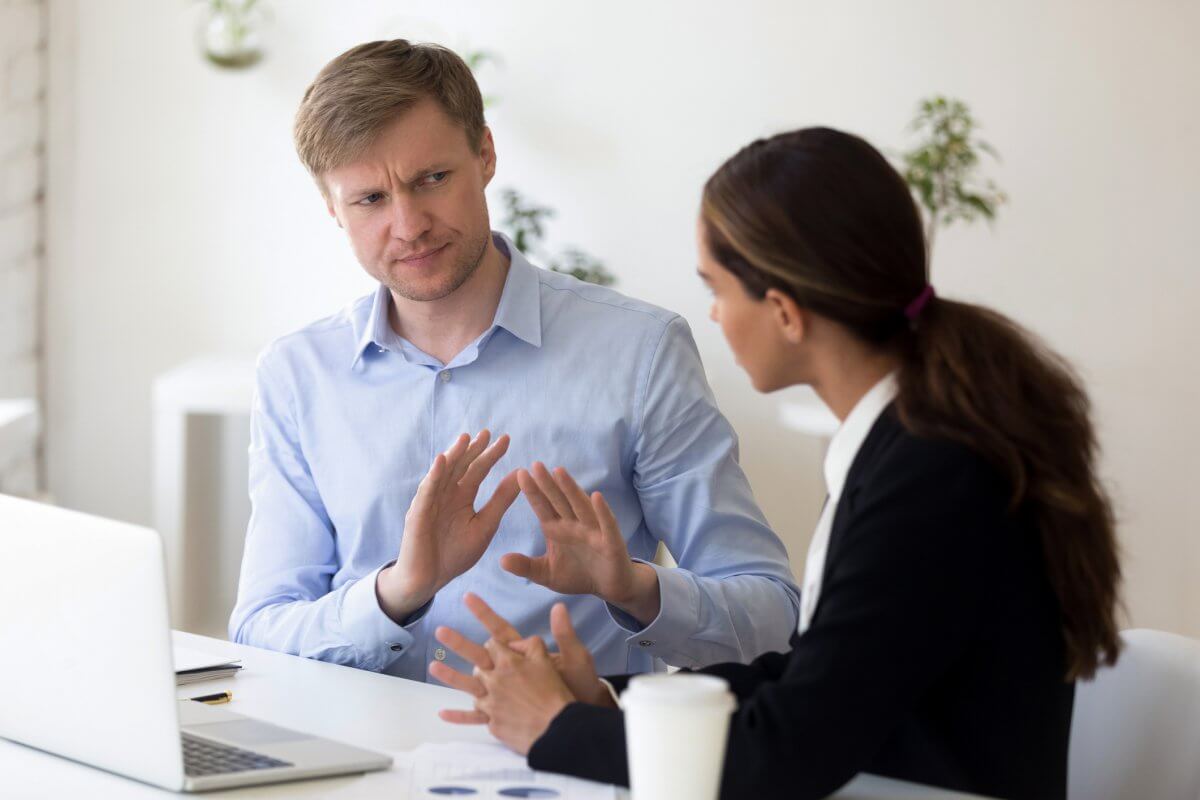 Gay individuals and same-sex couples are subjected to plenty of weird and invasive questions and comments. For some reason, you’re often seen as the ambassador for all things LGBTQ+.

This can be extra irritating when you’re setting out on one of the most important journeys of your lives — becoming parents! Instead of everyone’s focus being on that exciting news, you may find yourself answering the same insensitive questions over and over. It can be frustrating, but remember that you are not alone.

To help you prepare, here are five things same-sex intended parents are sick of hearing:

The biggest difference between opposite- and same-sex couples pursuing surrogacy is that same-sex couples need a gamete donor. That’ll be pretty obvious to anyone who hears your good news. So, naturally, they’ll be curious. But there’s a lot to explain when you get this question.

First, a gestational surrogate isn’t the biological mother. She’s just an amazing person who is willing to carry someone else’s baby! Second, even if the donor is known, that information isn’t always going to be shared, largely for privacy reasons. Third, and most importantly, the people who are up all night with their crying baby, who give out kisses and time-outs — they are the only parents that matter, regardless of biological ties.

2. “Which of you is the biological mom/dad?”

Again, because the need for a donor is fairly obvious, people are often overly-focused on biological ties. It’s usually what they’re most familiar with. But the answer is always, “Both of us are the mom/dad.”

The two of you love your child equally, regardless of genetics. This question is frustrating because it places emphasis on blood over love, which, as you know, is an outdated way of defining “family.”

Get out of here with your weird gender roles, OK? It’s concerning that people have this image of “the male role” and “the female role” in LGBT relationships — and even in opposite-sex relationships! That’s an unhealthy construct for any family.

Besides all that, you and your partner are both equally “the mom” and “the dad,” if that’s what people need to call it. You’ll both take care of your children, love and nurture them, and you’ll both work to make sure your family is provided for. That’s just what good parents do.

Having two dads or two moms means you don’t have opposite-sex parent names of “Mom and Dad,” and people quickly realize this. So, they’ll want to know how your child won’t get confused — as if kids can’t tell the difference between his or her parents somehow.

Whether you’re a “Dad and Papa” kind of family, or you’re both “Mommy,” your child won’t care what you’re called — you’ll both be their favorite people in the world.

Whether through adoption or surrogacy, same-sex couples are often congratulated on “getting” a baby, not “having” a baby — as if a baby was something easily and casually picked up at the store instead of painfully fought for.

Additionally, the phrase “getting” a baby depersonalizes the whole process. It makes it sound as if the baby isn’t yours — which, again, whether through adoption or surrogacy, your child is always “yours” — because you’re the ones who will love and raise him or her for life. You’re not babysitting; you’re becoming a parent. That deserves all the celebration and respect that opposite-sex couples who are able to biologically have children receive.

What are some of the things people have said to you and your spouse during the surrogacy process as an LGBT family? Let us know in the comments!