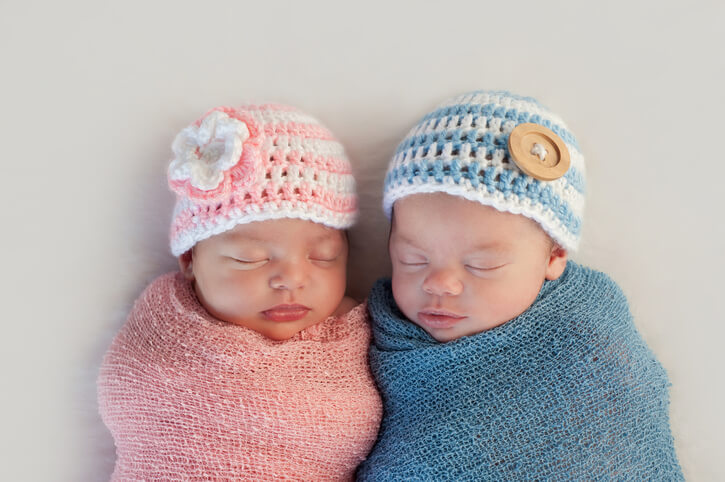 Often, when intended parents consider in vitro fertilization and surrogacy, they wonder, “Can you choose the gender of your baby?”

With celebrities like Chrissy Teigen and John Legend openly speaking about their own gender selection of their daughter, the question of choosing a boy or girl through the IVF process has historically been a bit ethically complicated. Medically, however, the answer is straightforward — those pursuing IVF can choose the gender of their baby.

Those pursuing in vitro fertilization will learn that there are many steps to this medical process, especially if it will be followed up with a surrogate pregnancy, and how to choose your baby’s gender as a part of this is equally as complicated.

In short, the IVF process itself doesn’t automatically allow for the creation of an embryo of a certain gender, so to say, but rather lends itself to gender selection before the embryo is transferred.

Why Gender “Selection” Isn’t What You Think

While intended parents may theoretically have the ability to “choose” the gender of their baby with IVF, the selection is a bit more complicated than just telling their doctor “boy” or “girl.”

Before an embryo can be cleared for transfer into a uterus (whether that’s an intended mother’s or a surrogate’s), most fertility clinics will complete preimplantation genetic screening. This screening takes a detailed look at an embryo’s chromosomal makeup to determine whether it is healthy enough for transfer and in-utero development. As part of this screening, medical professionals are also able to identify the sex of the embryo.

Intended parents should not prioritize the sex of an embryo in choosing an embryo to implant. Instead, a fertility professional will examine the results of the screening to determine which embryos appear to be the healthiest. From there, intended parents may be able to choose gender of their baby if they have two equally healthy embryos of different sexes.

The likelihood of this happening can be small; one doctor estimates that only about 15 to 20 percent of IVF cases result in equally healthy embryos of each sex. Of these, only about half of intended parents choose a specific gender.

Keep in mind: Most fertility doctors will encourage intended parents to transfer the embryo(s) of higher quality, regardless of its sex.

Ethical Considerations of Choosing the Gender of Your Baby

Being able to choose the gender of your baby, while only available to those who complete the IVF process, is more common than it used to be. In response, choosing baby genders has become a hot-button topic for many people.

However, even in these situations, gender selection is more a matter of personal preference than discrimination against one sex or the other. For example, intended parents who select a certain gender most often do so to bring a sense of balance to an existing family — like if they already have a boy and want a girl, or vice versa.

Some critics do argue about the “slippery slope” of choosing sex during the IVF process, claiming it will lead to genetic modification and other “unnatural” changes to the reproduction process. Unfortunately, there have always been critics of any medically assisted pregnancy — and these critics often offer the same arguments.

In response to this, it’s important to remember that embryo health and safety is the most important factor in selecting a viable embryo. Doctors will always encourage intended parents to do what is the most likely to result in a successful implantation, which usually involves choosing the healthier embryo (no matter which sex) and refraining from additional medical procedures that could make it more vulnerable to miscarriage.

If you are interested in whether it is possible to choose baby gender in your IVF process, discuss the topic with your doctor. They may or may not allow for sex selection when transferring embryos. If they do, they can explain what their specific requirements are for a healthy embryo and to what degree your own preferences will make a difference.

4 thoughts on “Can You Choose the Gender of Your Baby with Surrogacy?”