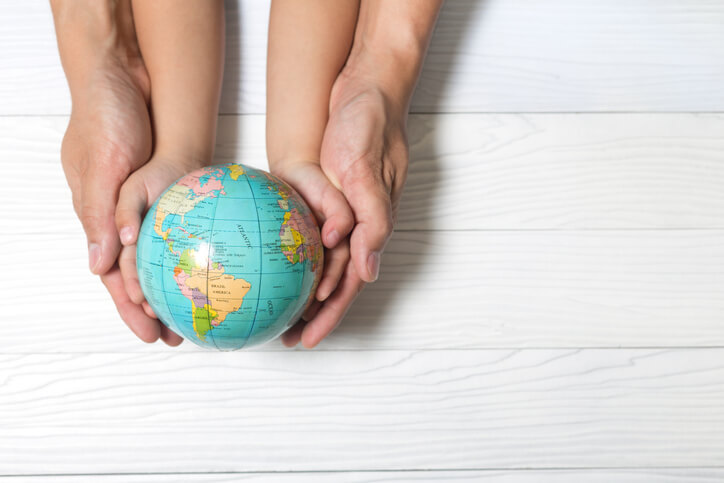 A new report from the Daily Beast reveals a change in U.S. immigration policy that impacts U.S. citizens whose children are born abroad — such as American intended parents who complete an international surrogacy.

A new policy within the U.S. State Department has changed the department’s interpretation of the Immigration and Nationality Act. The Act, which codifies eligibility for U.S. birthright citizenship, has previously been used by U.S. citizens to obtain citizenship for their children born abroad. But new developments reveal that LGBT intended parents whose children are born in another country face extra difficulties. Even if a child is genetically related to at least one U.S. citizen, if they are born through gestational surrogacy or another form of assisted reproductive technology, they are considered “born out of wedlock” — even if the parents are legally married.

Today, internationally born children who are “born out of wedlock” to LGBT intended parents face additional hurdles for birthright citizenship — and are subject to deportation or statelessness in the meantime.  While a lawsuit is currently in action against the State Department, LGBT families created in the meantime through international assisted reproduction are increasingly at risk.

In addition to the new risks stemming from the “out-of-wedlock” immigration policy, there are a few reasons that we advise intended parent to pursue domestic surrogacy instead of international surrogacy:

It’s true — there are no federal surrogacy laws in the United States. But, there are plenty of states with laws that are surrogacy-friendly for all types of intended parents. The same can’t be said about all other countries.

Many once-popular surrogacy destinations for American intended parents have closed down their borders for international surrogacy, and many other countries out there set strict limits on the process. In many countries, a surrogate cannot be paid for her surrogacy services or can only work with intended parents whom she is related to.

Throw in the current situation with LGBT parents’ children not being automatically granted birthright citizenship, and you have a very complicated legal situation on your hands.

Save for in a few states, every American gestational carrier has the right to receive compensation for her services. This ensures that she is properly appreciated for her decision and experiences no financial burden from her decision to carry for intended parents.

While the lower costs of international surrogacy may be attractive to American intended parents, it should give them pause. Lower costs mean that the same level of services and protection are not being provided — and, with a surrogate being located halfway across the world, American intended parents will likely not have the same knowledge of her pregnancy’s course as they would with a surrogate closer to home.

On the same note, a gestational carrier in another country — especially if she is located rurally — may not have the same access to quality care as an American gestational carrier. She may not also be screened as thoroughly as a surrogate in the United States would be. Intended parents who pursue this kind of surrogacy put her and their baby at risk simply because they wish to save on their surrogacy expenses.

Many popular countries for international surrogacy do not have the same medical standards as the United States, and this can understandably be worrisome for intended parents. The distance and uncertainty involved in the medical process can be risky, especially for intended parents who may be using their last few viable embryos.

American Surrogacy is dedicated to helping intended parents — regardless of sexual orientation or gender identity — safely bring home the child they’ve always dreamed about. To pursue a surrogacy in the United States, give our surrogacy specialists at call at 1-800-875-BABY(2229) or contact us online today.