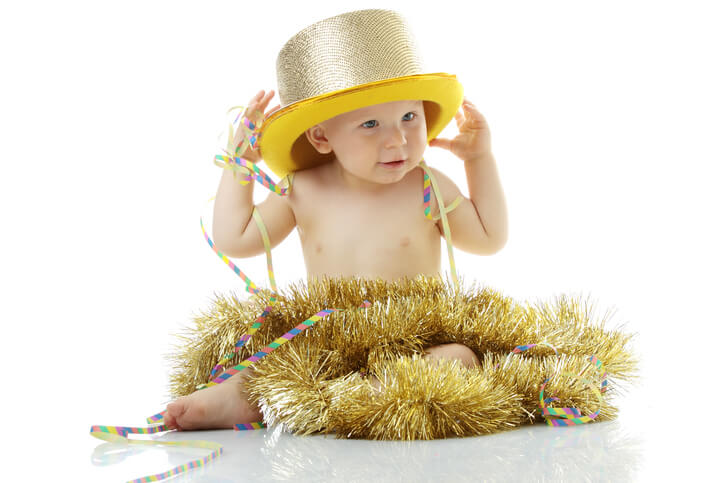 As 2018 comes to an end, it’s always helpful to look back on the last 12 months.  Whether your year included a surrogacy journey or not, you probably had some ups and downs along the way. Reflection can be incredibly helpful before looking to the future.

At American Surrogacy, we take that ideal to heart. While our agency has grown a lot in the years since we were created, we know there is always room for improvement — both for our team and for our intended parents and gestational carriers. We are proud of the journey we took through 2018, and we are even more excited for what 2019 will hold for our agency.

As the year winds down, we take a look back at some of the most memorable moments in the surrogacy industry over the last 12 months — just in case you missed them.

Our surrogacy specialists have been hard at work all year helping intended parents and gestational carriers prepare for the surrogacy process. Since January, they have guided many of our clients through the steps of this journey, from screening to matching to delivery. In fact, we have many gestational carriers and intended parents at different steps in this process as we close out the year.

We are also happy to announce that American Surrogacy helped to bring more babies into the world in 2018 than we did in 2017 — and we are on track to do the same in 2019!

This year was a big year in terms of changes in U.S. surrogacy law. While there still remains no federal legislation overseeing this family-building process, a few states have taken important steps to making gestational surrogacy more widely available to those who wish to pursue this path.

The most notable changes in state laws came from one of the states with the most complicated relationship with surrogacy — New Jersey. It was in New Jersey back in 1985 that a traditional surrogate went on to sue for custody of the intended parents’ child in what would be known as the “Baby M.” case. Shortly after, New Jersey laws were put into place banning surrogacy of all kinds. But, this year, legislators now allow for enforceable gestational surrogacy contracts in the state, as long as they meet certain legal requirements.

Other states have also taken steps to make surrogacy more readily available. Starting Jan. 1, intended parents and gestational carriers in Washington will be able to enter into enforceable compensated gestational surrogacy contracts, as per a law signed last March. A New York state task force also issued a recommendation that the state do away with its ban on commercial surrogacy, although no further steps have yet been taken toward this goal.

Gestational surrogacy became a household name in 2018, thanks to Kim Kardashian West and husband Kanye West. Kardashian West had announced late in 2017 that she and West were expecting a child via gestational carrier after her previous two pregnancies had complications that would make a third incredibly dangerous.

In January, the couple’s third child, Chicago, arrived via gestational carrier. The most recent season of “Keeping Up with the Kardashian” documented parts of the couple’s gestational pregnancy, and Kardashian West opened up to several publications about their decision and their experience during the family-building process. She even took the chance to educate her audience about the reality of gestational surrogacy:

“I refer to her as a surrogate, but it’s completely my and Kanye’s DNA, so technically that’s called a gestational carrier,” she told Elle. “A surrogate is when they use the husband’s sperm and the surrogate’s egg.”

She lauded the gestational surrogacy process on “Live with Kelly and Ryan”:

“I really, really enjoyed the surrogacy process,” she said. “I will say, when it came to the breastfeeding time, I was like, ‘Okay, this is the best decision I have ever made…’ I can spend so much more time with the older kids and getting them used to the baby.”

Kardashian West wasn’t the only celebrity to announce their surrogacy journeys this year. Olympian Tom Daley and husband Dustin Lance Black welcomed a son through gestational surrogacy in June, and actress Gabrielle Union and her husband Dwayne Wade welcomed a baby girl in November. TV personality Maria Menounos has also been open about her consideration of gestational surrogacy as a family-building method (with guidance from Kardashian West, no less).

We love the openness with which these celebrities have discussed their personal surrogacy journey in the past year, and we look forward to more conversations about non-traditional family-building from those in the spotlight!

As we wrap up 2018, our team at American Surrogacy wishes everyone a happy New Year and only the best in the surrogacy journeys to come in 2019!

Is starting your surrogacy journey your New Year’s Resolution? Contact our surrogacy specialists today to get started.