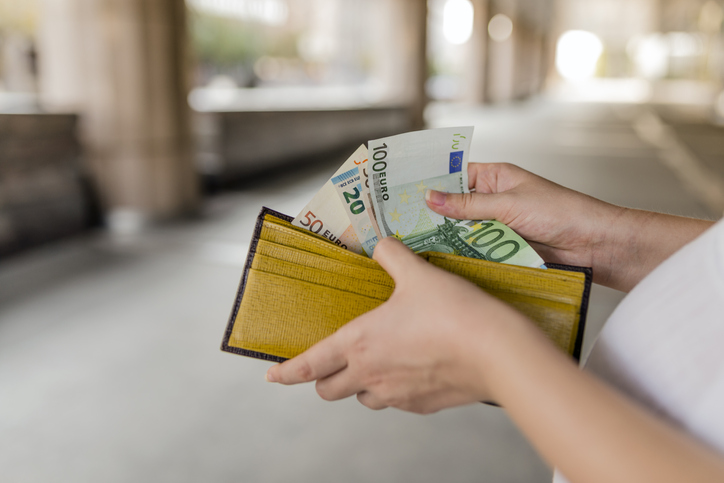 The Ethical Dilemmas of International Surrogacy

Despite its advances over the years to protect all parties involved, surrogacy still remains a controversial issue for many. No matter where the process is completed, surrogacy involves certain risks and ethical dilemmas that make many wary of whether it’s the “right” thing to do.

The general consensus, however, seems to be that the safer and more equal the surrogacy process is for all involved, the less controversial it is. It makes sense that the well-regulated American process of surrogacy is more widely accepted than surrogacy in other countries — where much of the process still lacks the protocols to make it an equitable process for all involved.

If you’re considering an international surrogacy, you’ve probably discovered that many ethical issues arise when you take your surrogacy process out of the United States. It’s important that you evaluate these issues (listed below) fully before you make your decision; you don’t want to embark on a parenthood journey that you’re anything but joyful and confident about all the way through. If you do have reservations about these ethical dilemmas, you may be among the many Americans who have decided that a domestic surrogacy is a much more acceptable way of building your family.

Surrogacy, especially surrogacy that is compensated, has always had its critics over the issue of “womb-renting.” People argue that paying a woman for the use of her body is akin to prostitution and, therefore, ethically irresponsible and harmful.

Surrogates in the United States are fully prepared and screened for the surrogacy process ahead of time, making sure they’re willing to accept this role not only for the money but out of an intrinsic desire to help another family. However, when it comes to surrogates abroad (especially those in lower-income countries), their situations are usually nowhere near the same.

When a woman in a poor situation is approached with an incredible sum of money for surrogacy (many times, a sum that equals several years’ worth of income), it’s near impossible for her to refuse. Even if she has no desire or interest in becoming a surrogate, she may choose this path to provide her family the financial support they need at the moment. So, critics argue, many low-income women are financially forced into surrogacy, much for the same reasons that other woman are forced into prostitution.

Compensated surrogacy, when done correctly and equitably, provides a positive experience for all involved. In international surrogacies, however, a surrogate may not receive the compensation she deserves for her decision — with the international surrogacy agency instead pocketing most of the profits involved. Some surrogates may not even see the money that they earn; instead, it will be transferred directly to their husband based on national laws (which can also cause women to be forced into surrogacy by their husbands, as well).While it seems a clear-and-cut ethical dilemma, unfortunately, many intended parents overlook this for what’s best for their situation — not considering the surrogate’s.

Ultimately, while surrogacy in the United States allows women to collect a base compensation without being forced into the process, international surrogacy does not always protect a woman’s rights in the same way — which should give intended parents pause.

In addition to a surrogate’s right to collect compensation for her role, surrogates have many other rights in the surrogacy process that may not be met in international surrogacy. In most cases, this is because of a combination of a lack of resources for the surrogacy professional and intended parents’ desire to pay less — which both provide the surrogate fewer services.

As with any surrogacy, a woman who becomes a surrogate is subject to all of the health risks that come with being pregnant — but, in a poorer country, she may not have access to all of the medical resources she needs (not to mention the resources your baby will need as it develops). Some international surrogacy professionals will also transfer multiple embryos for better success, a process that is typically avoided in the U.S. today. If multiple embryos do implant in a surrogate’s uterus, she is subject to even more medical risk. Some international surrogacy professionals monitor a surrogate’s health by forcing her to live in a surrogate “camp” near the medical professional when she is pregnant — an area from which she cannot leave and care for her family as she might need to.

In cases where the surrogate is in medical distress, international surrogacy professionals may also value the life of the baby more than the surrogate because of the money involved with a successful surrogacy. In some cases, a surrogate’s health is made second-priority to the safety of the baby, and surrogates have even died from this process — something that American professionals would never allow.

Finally, as mentioned before, a cheaper surrogacy professional in another country may not provide a surrogate all of the services that American surrogates receive. For example, they may not receive any sort of counseling for the emotional and medical process that they’re going through and are instead left to themselves as they go through this difficult process. An international surrogacy professional may also not provide the childcare she needs while pregnant or any other support that’s necessary for a positive experience.

If you’re an intended parent, it’s your moral responsibility to make sure your surrogate is properly cared for — which you likely cannot guarantee in an international surrogacy.

Another reason that surrogacy is controversial is because it takes the family-building method outside of the metaphorical bedroom and into the science lab. Many people believe that assisted reproductive methods like in vitro fertilization are immoral because of their religious convictions.

In the United States, IVF and other assisted reproductive technology are now more common than ever, and it’s nowhere near as controversial as it was when it was first introduced. However, in other countries where IVF and reproductive science are rarer and people are less educated, a woman choosing to pursue surrogacy may open herself up to targeting by her community.

Some people may see her choice as a sin (especially for those who think she had to conceive naturally with the intended father), and her family could suffer harm as a consequence. If you choose to pursue a surrogacy in a country where religious beliefs dominate the culture, you may unwittingly be subjecting your surrogate to a religious scrutiny that an American surrogate would not experience.

Finally, American intended parents who choose to pursue a surrogacy in another country open themselves up to the ethical dilemma of “surrogacy tourism.” While this term generally applies to all international surrogacies, it also refers to bringing income into a foreign country for a process that could have been completed domestically. There are several ethical dilemmas with this process.

First, in medical and surrogacy tourism, foreign intended parents are spending their income in the country where they choose to pursue surrogacy, not their native country. And, while that at first may seem like an advantage for that country, you should also consider the other government-funded processes that go into surrogacy. For example, ART doctors’ education and infrastructural support are consistently taxpayer-funded. When a foreign intended parent utilizes these skills, another country benefits from those national taxpayer-funded services. Critics argue that the benefit of those services should instead go to the citizens who paid those taxes in the first place.

Another thing to consider is that many intended parents choose international surrogacy because of the lower cost. But, by taking advantage of a lower price, you also prevent your international surrogate (and potentially yourself) from receiving all of the support and services that will make your surrogacy safer and more equal for all. This direct trade-off between protections and price sways many intended parents to choose a slightly more expensive but safer surrogacy in the U.S.

After all, adding to your family is perhaps the most important process in your life — not one you want to leave up to chance. The child you desire is priceless in your mind, so shouldn’t a safer process to make that happen be worth the extra expense? While domestic surrogacy can be expensive, there are many methods of fundraising and budgeting that can help you accomplish this process. If this is the last chance you have at becoming a parent, are you willing to take risks with an international surrogacy and potentially result in failure when you could have a safe, supportive surrogacy in the U.S. where you know you’ll bring home a child?

American Surrogacy encourages all intended parents to seriously consider the pros and cons of international and domestic surrogacy before making a decision that will impact the rest of their lives. For more information, you can always talk to a surrogacy specialist today at 1-800-875-2229(BABY).