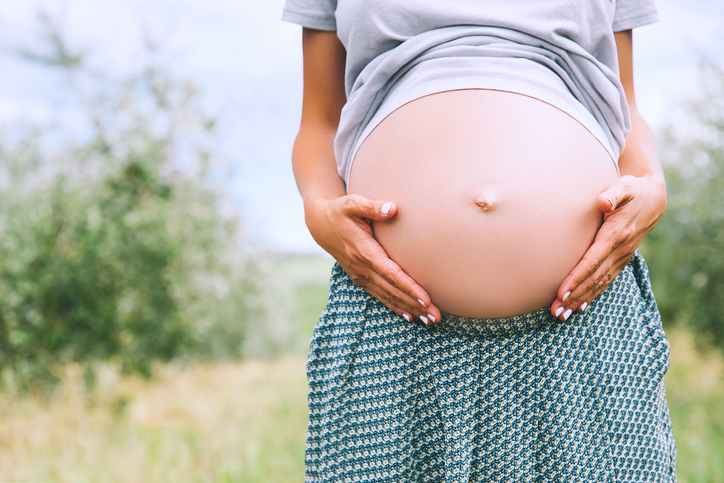 What You Need to Know About the History of Surrogacy

Like many other assisted reproduction techniques, the process of surrogacy as we know it today is a fairly modern one.  However, because people have been dealing with infertility since ancient history, the history of surrogacy can actually date back to Biblical times. Of course, this is not the kind of surrogacy we are familiar with today, but the concept is the same — a woman carrying a child for an intended parent who cannot complete a successful pregnancy on their own.

The first documented mention of surrogacy can be found in “The Book of Genesis.” Married couple Abraham and Sarah could not conceive on their own, so Sarah (who was infertile) gave her husband her servant Hagar to be the mother of his child. Although Hagar gave birth to the child, he was seen as belonging to Sarah and Abraham. This is an example of traditional surrogacy, which was the only way to complete a surrogacy up until about 30 years ago.

So, when considering how long surrogacy has been around, it’s clear that it’s been occurring for thousands of years. However, due to the stigma associated with infertility and “illegitimate” children, it remained a subject rarely spoken about until recently.

To better understand how surrogacy has been completed in the past and how it came to be the process it is today, we’ve detailed the history of surrogacy for you in this article.

The Age of Traditional Surrogacy

As the story of Sarah and Abraham shows, surrogacy has been practiced for thousands of years. However, because modern assisted reproductive technology was not in use until the late 1980s, all surrogacies completed up until that point were traditional surrogacies.

In traditional surrogacy, the woman who carries the child for intended parents is the biological mother of the child. Although surrogate pregnancies were previously conceived naturally (which contributed to the taboo surrounding the process), the first artificial insemination reportedly occurred in 1884, paving the way for future traditional surrogacies conceived in this manner. However, the first ethically completed IVF embryo transfer did not take place until 1975, and the first baby conceived through IVF transfer was not born until 1978.

The first compensated traditional surrogacy arrangement was made in 1980, when traditional surrogate Elizabeth Kane (a pseudonym) received $10,000. Even though she had already completed her family and placed a child for adoption, she was unprepared for the emotions she felt after the birth of the child and eventually regretted her decision to become a surrogate. She detailed her experiences in a book called “Birth Mother.”

Until IVF transfers became more mainstream in the 1980s, all surrogacies were traditional surrogacies — which, due to the legal and emotional difficulties involved, were not always successful.

Six years after Elizabeth Kane gave birth, the most contested case in the history of surrogacy came about: the “Baby M.” case. It highlighted the legal and emotional challenges associated with traditional surrogacy, and, although it may have inspired the strict laws on surrogacy that remain in some states today, it also marked a switch toward gestational surrogacy.

As many other infertile couples had done before them, Bill and Betsy Stern decided to pursue traditional surrogacy to become parents in 1984. Mary Beth Whitehead was their chosen surrogate, and her eggs were used in artificial insemination, making her the biological mother of the baby. She would receive $10,000 for being a surrogate.

However, when the time came for Whitehead to terminate her parental rights after the baby was born, she refused and took custody of the child, named Melissa Stern (“Baby M”). A long custody battle ensued between the Sterns and Whitehead in 1986.

The “Baby M.” case was critical in the history of surrogacy, as it brought worldwide attention to the practice of traditional surrogacy and the risks involved. Not surprisingly, gestational surrogacy began to take over as the preferred surrogacy method.

Gestational Surrogacy as the New Norm

At the same time, legislators and lawyers began to establish ways for intended parents to protect their parental rights through pre-birth or parentage orders and protect themselves legally with enforceable surrogacy contracts. Surrogacy agencies and professionals were created to help intended parents and prospective surrogates navigate the financial, legal, emotional and medical aspects every step of the way.

Thousands of children have been born via gestational surrogacy since it became mainstream; recent studies report almost 5,000 children were born through surrogacy from 2004 to 2008. With the combination of rapidly advancing medicine and the different types of surrogacy available, it’s reasonable to assume that those numbers will rise as surrogacy becomes available to more intended parents and prospective surrogates.

American Surrogacy is available to help prospective surrogates and intended parents learn more about the history of surrogacy, the surrogacy process and how they can get started today. Our surrogacy specialists are always available to answer your questions if you give us a call at 1-800-875-2229.